Sometimes, when a bird flies low over your head, you can hear the rush of wind through its wings. Swifts do that, from time to time. Swifts and pigeons. It’s a quiet, singing sound like a sudden release of breath, over and gone by the time you’ve worked out where it came from. Now try to picture the same scenario with a nine-foot wingspan. The result sounds something like a gale, a genuine roar of wind, every bit as impressive as those giant wings. This is Monfragüe and this is a griffon, truly one of the most spectacular creatures on the planet.

I don’t really know what it is that attracts me to vultures so much. They’re not the most attractive creatures on the planet. Their heads are snake-like and feather-bare, their eyes are cold and sinister and they spend their entire lives feeding on dead things. If birds are supposed to sing, vultures sound like they have a bellyful of iron filings when they make a sound – and that isn’t often. But for some reason, I’m obsessed with the damned things, and always have been. 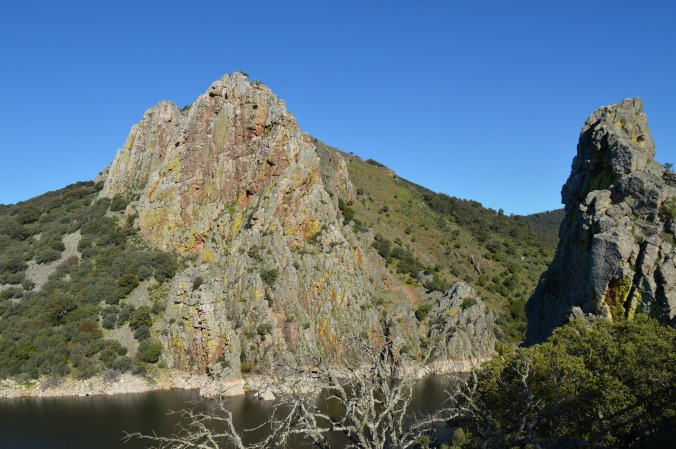 Extremadura is a very special part of the world, but doubly so if you’re as much of a bird nut as I am. The immense blue skies are almost always dotted somewhere in the middle with a black speck wheeling round and round on the thermals: kite, eagle or vulture. I grew up in the south of England where the largest soaring bird you’re likely to see is a rook, and I still remember the sheer thrill of seeing my very first vulture when I was about nine years old. For me they represented Valmik Thapir’s India, of cliff-forts and desert kingdoms. To see them wheeling lazily about the Spanish sky was like something out of a dream. And so the love affair with the griffons began. 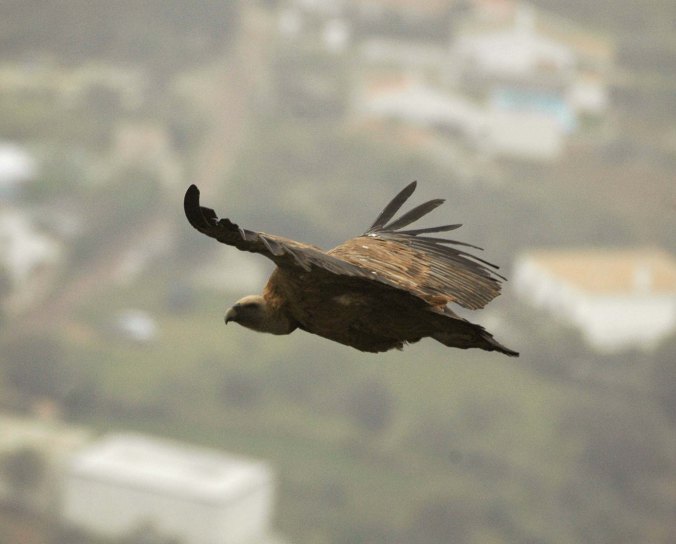 Since then, they’ve got me stranded in the mountains, terrified my little brother, warned me of thunderstorms and – in quite possibly my favourite travel anecdote to date – they even got me arrested by the Spanish military police. I kid you not. Apparently photographing vultures isn’t a believable excuse for wandering about the countryside alone at fifteen without one’s passport… 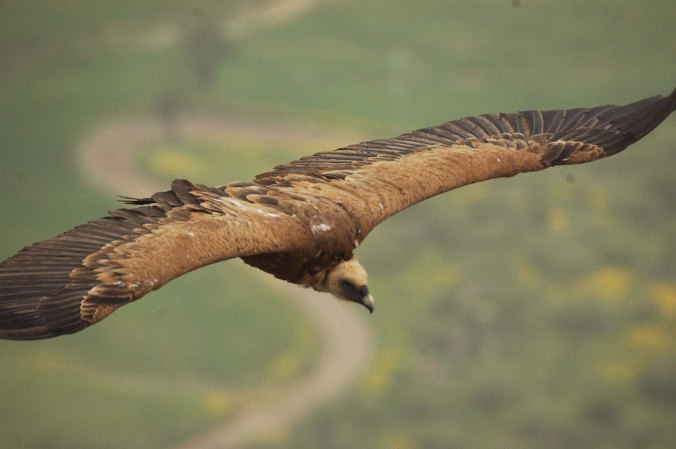 If I’d had any idea what kind of scrapes my passion for vultures would get me into, I wonder whether I’d have had second thoughts. Somehow I doubt it. Something tells me I’d have found my way to the same spot sooner or later.

There are four kinds of vultures in Europe, and all four of them can be found in Spain – if you know where to look. The griffons are the most obvious and by far the most numerous, nesting in colonies that can number as many as a thousand strong. The other resident is the far rarer black vulture, recognisable by its sheer size alone; fully-grown adults measure three metres from wingtip to wingtip, making them one of the largest birds in the world. The Egyptian vulture is a smaller summer visitor from Africa, where they eat ostrich eggs by smashing them open with stones. But it is the fourth and final that is the most famous: the lammergeyer, a golden-bodied, diamond-tailed king of the skies that feeds almost entirely on bones. I’ve only ever seen one once, at an incredible distance, whilst in the French Pyrenees some seven years ago. It remains one of my greatest dreams to go chasing after the legendary quebrantahuesos, ‘the one that breaks bones’. 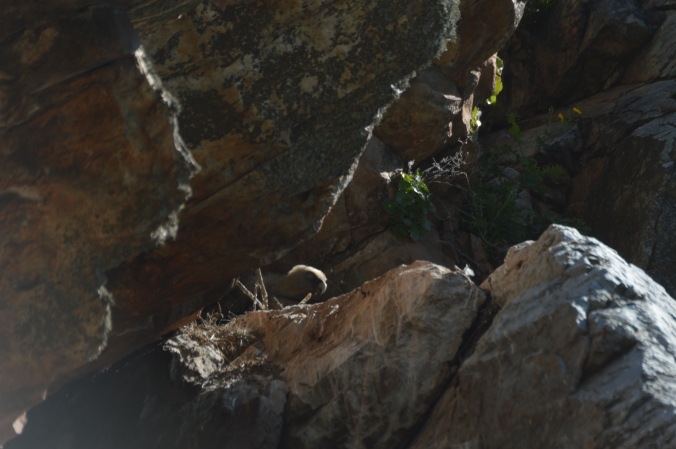 I have to admit, they do have some seriously menacing eyes…

Dad was in a grouchy mood and didn’t let us stay very long. Must be something to do with the distance from Villafranca to Monfragüe (which, I should point out, is as beautifully in the middle of absolutely nowhere as are all of my favourite destinations). I could happily have spent five hours and more just stood atop the castle with the vultures wheeling about all around me, or sitting under the cliff and watching them plummeting out of the sky and onto the rock in a fierce rush of thunder.

Needless to say I will be back. Everyone has their vice. Some like their drink, some like their fast cars, others have difficulty sitting still. I have this peculiar fascination with vultures and I’m not even close to understanding them. Yet. BB x